Iâ€™ve been searchinâ€™
For the dolphins in the sea
And sometimes I wonder
Do you ever think of me ? 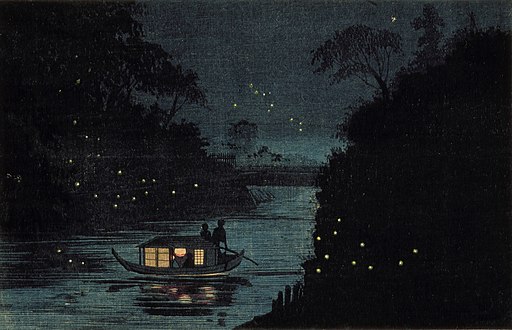 What is life? It is the flash of a firefly in the night. It is the breath of a buffalo in the wintertime. It is the little shadow which runs across the grass and loses itself in the sunset.
— Chief Crowfoot, 1890

Try this for some fun. Type about:mozilla in the URL bar in Firefox and hit enter.

Yup, you get a quote in biblical style about Mozilla. This is what I saw in my Firefox 3.6.10:

“Mammon slept. And the beast reborn spread over the earth and its numbers grew legion. And they proclaimed the times and sacrificed crops unto the fire, with the cunning of foxes. And they built a new world in their own image as promised by theÂ  sacred words, and spoke of the beast with their children.Mammon awoke, and lo! it was naught but a follower.”

How cool is that ?Â  In case you haven’t guessed it, “Mammon”Â  refers to Internet Explorer.Â  So you can see how the quote refers to Firefox becoming popular and finally when IE 7 came out, it copied several Firefox features. Turns out these quotes have been part of the Firefox browser ever since the Netscape days.Â  Wikipedia of course has the whole story superbly covered.

This reminds me of one of my all-time favorite movie scenes. Yes, of course the Pulp Fiction Breakfast scene where Samuel Jackson quotes from the bible.

“The path of the righteous man is beset on all sides by the iniquities of the selfish and the tyranny of evil men. Blessed is he, who in the name of charity and good will, shepherds the weak through the valley of darkness, for he is truly his brother’s keeper and the finder of lost children. And I will strike down upon thee with great vengeance and furious anger those who would attempt to poison and destroy my brothers. And you will know my name is the Lord when I lay my vengeance upon thee.”

Saw this funny quote about constructors in the very readable Head First Java.

“You have the right to your own constructor.

If you cannot afford a constructor, one will be provided for you by the compiler.”

For someone who watches way less CSI type crap than I do, it’s a clever take on the Miranda warning. That reminds me, here’s a ridiculously hilarious image that I found which spoofs CSI :)Â  (Make sure you’re zoomed in enough while viewing)

There is no path to peace. Peace is the path.
– Mahatma Gandhi, “Non-Violence in Peace and War”